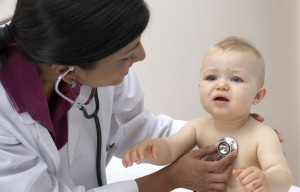 As a small and reportedly increasing group of vocal parents continue to question the efficacy of vaccines and whether their potential risks outweigh their benefits, public confidence in immunisation appears to be eroding.

Many of these “conscientious vaccine objectors” who actively question and flout medical and government advice, live in vastly populated metropolitan suburbs and send their unvaccinated kids to day care, schools, playgrounds and parties.

Allegedly it takes only one unvaccinated person to introduce a disease to the community, placing babies, kids and the vulnerable in jeopardy.

The year 2009 marked a spread of whooping cough throughout NSW, which peaked in 2011 with 38,000 infections. In 2012 there were 201 reported cases of measles – double the annual average number of national cases reported over the past five years. Worryingly, one in 200 babies who contract whooping cough will die. Those who survive this vaccine preventable disease can cough continuously for months, fracture ribs or much worse, be left with permanent brain damage.

Vaccine preventable diseases can kill or cause long-term side-effects. Despite medical advances, many still have no cure. With more people travelling than ever before to our shores, vaccines offer the only protection against these diseases.

UNICEF, the United Nations Children’s Fund established in 1946 to help governments improve the health and education of children and their mothers, credits vaccines with saving 20 million lives over the past 20 years and eradicating smallpox – a lethal virus that killed an estimated 300 million people during the 20th century.

So should we be relying on scientists who labour hard to ensure vaccines are safe, or Dr Google and the anti-vaccination lobby for accurate information on vaccines?

Doctors are quick to point out that vaccines are not perfect and do have side-effects – most commonly swelling and itching at the site of injection and fever. Febrile seizures triggered by high temperatures can also occur but are much less likely than those caused by disease.

A severe allergic reaction known as ‘anaphlyaxis’ can also occur and cause death if not treated immediately. However only four children in one million will experience anaphylaxis after receiving the MMR vaccine.

Like all medicines, vaccines carry risks. However doctors and health authorities recommend them because they clearly outweigh the risk of diseases that they prevent.

The anti-vaccination lobby often (falsely) claims, with absolute confidence, that vaccines are the cause of autism and other learning problems; they contain preservatives such as mercury that can prove harmful to the body; and that contracting a disease affords stronger immunity.

This misinformation is pervasive and can’t be retracted. What’s therefore imperative is that health professionals improve the way that they communicate with parents regarding the benefits and potential risks of vaccines, allowing parents to reach an informed decision as to whether or not to vaccinate their children.

After all, our sole focus should be on how to best protect our children.