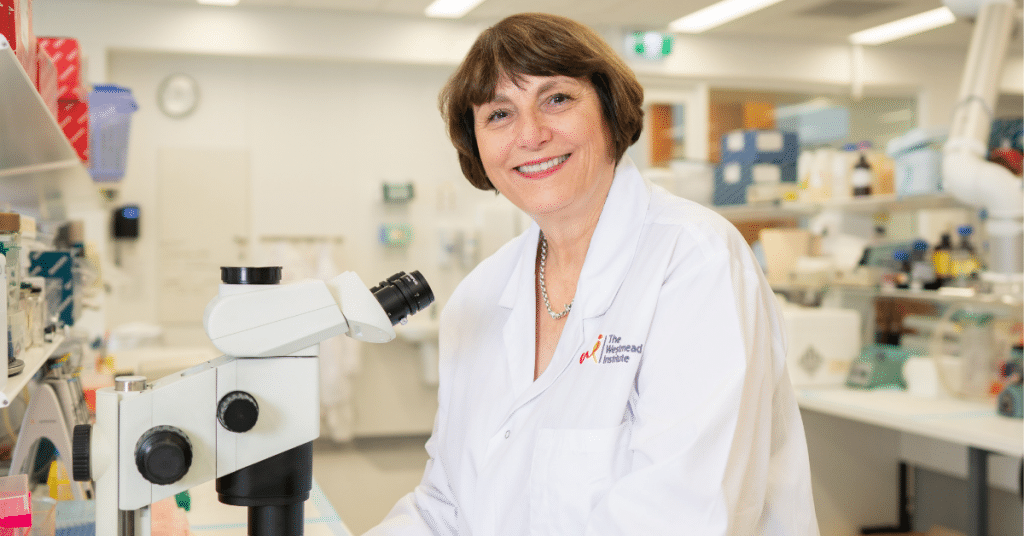 February is Ovarian Cancer Awareness month, dedicated to raising much needed awareness and funds for research to improve management of this deadly disease and providing support for women diagnosed and their families.

This week, we spoke with Professor Anna DeFazio – the Sydney-West Chair in Translational Cancer Research, The University of Sydney and Director of the Centre for Cancer Research at The Westmead Institute for Medical Research about the exciting projects in ovarian cancer she and her team are currently involved in and why keeping ovarian cancer at the forefront of national attention is critical to improving outcomes for women diagnosed with the disease.

VIVA!: Professor DeFazio, could you please tell us about some of the latest advances in the treatment of ovarian cancer?

Prof DeFazio: One of the most important recent advances over the last decade is the recognition that ovarian cancer is not the same in every patient. There are different subtypes of ovarian cancer, and some are so different that they could almost be considered to be a different disease.

With this comes the understanding that we need to abandon the one-size-fits-all approach to treatment. In other words, we now understand that to find the best treatment for each individual woman, we will need to take into account not only the patient’s clinical characteristics and pathology results, but also their genetics and the molecular characteristics of their individual tumour.

This is easier said than done, and while we are certainly not there yet, there has already been some great progress in women with certain types of ovarian cancer. Some forms of ovarian cancer have certain genetic changes that can be targeted with treatment. For example, for around 15% of women with ovarian cancers that have mutations (changes) in the BRCA genes (BRCA1 or BRCA2), a new type of treatment known as PARP inhibitors are now available.

To make progress on a broad front and find similar new targeted treatments for other women with ovarian cancer, we have implemented the INOVATe program in NSW. INOVATe is short for Individualised Ovarian Cancer Treatment Through Integration of Genomic Pathology into Multidisciplinary Care.

Through INOVATe, we aim to understand the molecular characteristics of ovarian cancer, eventually leading to personalised treatment for each patient. DNA and molecular testing are used to understand the biology of ovarian tumours, and this information is used direct patients to the most relevant clinical trials.

We are very grateful to the women who have agreed to participate in the program, with more than 540 women recruited for INOVATe 1.0 (phase 1), far exceeding original expectations. INOVATe 2.0 opened to recruitment just last week, coinciding with Ovarian Cancer Awareness month, with funding secured to recruit another 300 women.

INOVATe has been made possible with grants from the Cancer Institute NSW, Cancer Council NSW and the University of Sydney. There are more than 50 multi-disciplinary collaborators in NSW (from three Universities, five Local Health Districts and four Medical Research Institutes) in addition to interstate and international investigators. While INOVATe is currently only open in NSW, we are working to increase funding to open recruitment in other Australian states and in New Zealand.

VIVA!: Why is raising awareness of ovarian cancer through Ovarian Cancer Awareness Month so important?

The other reason why Ovarian Cancer Awareness Month is important, is to highlight all of the research and clinical trials that are underway, aiming to improve outcomes for Australian women living with ovarian cancer. On-going research is crucial to maintain the momentum and understand what drives ovarian cancer. Clinical trials, many conducted through Australian New Zealand Gynaecological Oncology Group (ANZGOG), are important for testing the new treatments identified through laboratory research, to find those that are the most effective to take through to everyday care.

VIVA!: Is there anything else?

More than 1,500 women are diagnosed with ovarian cancer every year, placing it in the nation’s top 10 most commonly diagnosed women’s cancers. Tragically, an estimated 1,100 Australian women lose their life to ovarian cancer annually, with a five-year survival rate of around 46 per cent.

However, through unrelenting scientific effort to advance the detection and treatment of the devastating disease, researchers and clinicians hope to continue improving outcomes for women diagnosed with ovarian cancer in Australia and worldwide.

There are a number of known risk factors for developing ovarian cancer, including:

For more information on ovarian cancer, visit Ovarian Cancer Australia. If you are experiencing any of the possible symptoms of ovarian cancer, or believe you may be at increased risk of the disease, please speak to your doctor.

Professor Anna DeFazio heads the Gynaecological Oncology Research Laboratory, and is Director of the Centre for Cancer Research, at The Westmead Institute for Medical Research. Prof DeFazio holds the Sydney-West Chair in Translational Cancer Research, University of Sydney, at Westmead Hospital, and has a long-standing commitment to translational research with an emphasis on improving treatment outcomes for women with ovarian cancer.

Prof DeFazio is on the Executive of the Sydney-West Translational Cancer Research Centre and is chair of the University of Sydney Cancer Research Network. Prof DeFazio leads the INOVATe study and is an investigator on a number of national and international collaborative consortia including the Australian Ovarian Cancer Study (AOCS). She is on the Research Advisory Committee of ANZGOG (Australian New Zealand Gynaecological Oncology Group) and leads TR-ANZGOG (Translational-ANZGOG).