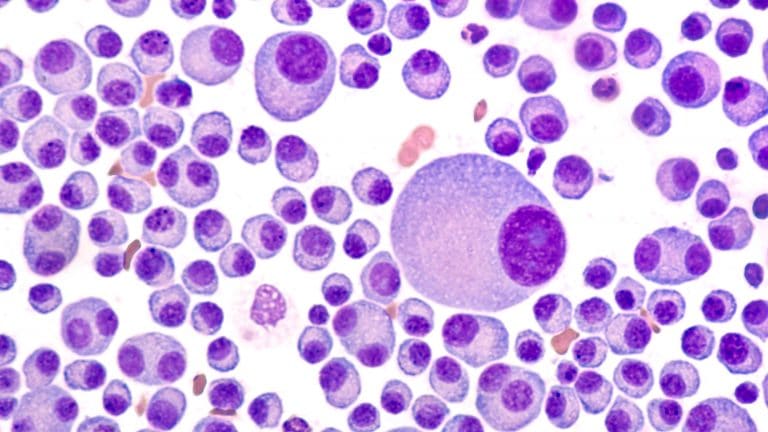 Yesterday, VIVA! partnered with Celgene, a Bristol-Myers Squibb company and Myeloma Australia to announce the listing of REVLIMID® (lenalidomide) in combination with bortezomib (Velcade) and dexamethasone (RVd) on the Pharmaceutical Benefits Scheme (PBS). Australians living with the incurable blood cancer, multiple myeloma now have access to this new treatment option.

The three drug regimen will be reimbursed on the PBS for the treatment of all newly diagnosed Multiple Myeloma (NDMM) patients, irrespective of transplant eligibility, from June 1, 2020.

Known as a triplet therapy, each drug in the RVd combination has a different mechanism of action to kill myeloma cells, and all work together to help fight the disease.

This announcement coincides with an article just published in Medical Journal of Australia’s MJA Insight, highlighting the importance of maximising first-line therapy for myeloma.

According to article author, Professor Miles Prince, Clinical Haematologist and Director of Cancer Immunology and Molecular Oncology (Epworth Healthcare, Melbourne): “The typical journey of a patient with myeloma is one of response, remission and relapse, so early intervention with first-line treatment options remains the best opportunity to optimise long term patient outcomes.

“While myeloma remains incurable, the survival rate for the disease has significantly improved over the past two decades, with the median survival rate having more than doubled to seven years, said Prof Prince

“The listing of these treatments on the PBS is critical to improving patient access, and the reimbursement of an additional first-line therapy option for multiple myeloma is welcomed news.”

Multiple myeloma is an incurable blood cancer that develops from plasma cells, a type of white blood cell found in the bone marrow.

Representing Australia’s third most common blood cancer (after lymphoma and leukaemia), approximately 18,000 Australians are living with multiple myeloma at any given time, only half of whom will survive five years post- diagnosis.

“This is the first time in Australia that the major treatment options for myeloma have been reimbursed as a triplet therapy. I’m really pleased that the government and the Pharmaceutical Benefits Advisory Committee (PBAC) have seen the importance of this and would like to congratulate them on reimbursing another treatment option for the Australian myeloma community.

“It’s really important for Australians living with myeloma that they have another treatment option, as improved access to therapy options is what can give families more time with their loved ones,” said Mr Roach.

The incurable nature of multiple myeloma and the likelihood of relapse, may have a psychological impact on patients, who can continue to live in fear even during periods of remission.

Diagnosed with multiple myeloma in December 2018, wife and mother-to-two, Maria (53) is focused on living long enough to see her children grow up.

“I had absolutely no idea what multiple myeloma was before I was diagnosed. It was such a shock, but I remember thinking my kids aren’t going to lose a mother to this, so let’s get on with it,” said Maria.

“I didn’t know if I was going to die in a month, a year or 10 years – how on earth was I going to tell my kids I had cancer. It was very hard, but we decided to just be upfront and honest.

“My goal along the way has just been to see my kids to grow up, and my objective to do so has been to live long enough for the next treatment option. Today’s reimbursement of another therapy is welcomed news for myself and others living with multiple myeloma,” Maria said.