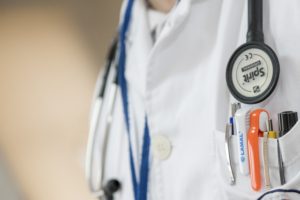 “In this Budget, the Government will provide $1.0 billion to reintroduce indexation for certain items on the MBS. This will commence with General Practitioner (GP) bulk billing incentives from 1 July 2017, to ensure that GPs are incentivised to bulk bill children under the age of 16 and concession card holders.

“From 1 July 2018, GP and specialist consultation items will be indexed, increasing the Government’s contribution to the cost of important health care services.

“In addition, the Government will maintain the bulk billing incentives for pathology and diagnostic imaging services, including for blood tests, x-rays and scans.

“The Government is investing record funding for our public hospitals and will deliver an additional $2.8 billion in this Budget.”

Similarly, to what happens every year when the Federal Budget is announced, the media has had its field day discussing who the winners and losers are.

The less than enviable task of delivering the budget in 2017, saw the government focus quite heavily on the health ecosystem in Australia.

Largely, health groups have given a thumbs up to the 2017 budget. The ABC reported that Australian Medical Association president, Dr Michael Gannon, suggested that this year’s budget will help the government regain a lot of the goodwill it lost with the 2014 budget, and the Medicare Freeze.

Talking to the ABC, Dr Gannon said that by lifting the Medicare Freeze from July 2018, which will be the first time in four years that the cost of visiting the doctor will drop, will see an increase in bulk billing that will likely lead to more people visiting the doctor.

“This [the lifting of the Medicare Freeze] means that we will not see patients thinking twice before visiting doctors,” said Dr Gannon.

The Medicare Freeze was an unpopular budget decision, and the unfreezing of it could be considered one of the government’s major wins this budget. However, despite the goodwill associated with the lifting of the Freeze, health experts warn it might be too early to tell if bulk-billing rates can continue at their current levels.

Writing about the announcement in The Conversation, Health Program Director at the Grattan Institute, Stephen Duckett says the government is unthawing the freeze very slowly.

“As foreshadowed in pre-budget leaks, the government is slowly unthawing the Medicare rebate freeze, but at a snail’s pace. At a cost of $1 billion over the forward estimates, indexation for Medicare items will be introduced in four stages, starting with bulk-billing incentives from July 1, 2017, Dr Duckett writes.

However, he also makes note that GPs and specialists will wait another year (until July 1, 2018) for indexation to start up again for consultations, which make up the vast bulk of their revenue.

Dr Duckett continues, offering a warning, “Regardless of the reaction of medical lobby groups, it is too early to tell whether this glacially slow reintroduction of indexation will be enough to keep bulk-billing rates at their current levels. Practice costs and income expectations of staff have not increased dramatically over the freeze period as the Consumer Price Index has been moving slowly. But each additional day of a freeze means costs and revenues fall further out of alignment.”

Further to melting the Medicare Freeze, the budget held a few other health offerings.

In what might be described as a win for some consumers, but a loss for Big Pharma, the budget has seen the government slash the price it pays for subsidised medicines under the Pharmaceutical Benefits Scheme.

Reporting on this element of the Budget announcement, Sue Dunlevy, the National Health Reporter for The Herald Sun writes, “Big Pharmaceutical companies will wear the pain for these cuts in return for certainty of funding a new five-year agreement with the government.”

“Some contraceptive pills, EpiPens® and other medicines could become cheaper as a result of this deal,” wrote Ms Dunlevy.

Other Budget “winners” in the health sector include Mental Health, which will see a funding boost of $170 million, to bolster mental health care services and to encourage new preventative health strategies.

Further to this, up to $80 million extra will be provided to maintain continue providing psychological treatment services for people living with mental illness who don’t qualify for the National Disability Insurance Scheme (NDIS).  A $9.1 million telephone health service will also be set up this year to allow people in rural or remote communities access to psychologists and other experts.

Other mental health initiatives include $50 million to support serving Defence members and their families, and an allocation of $11.1 million to suicide prevention services in areas prone to higher than average suicide rates.

To find out more about the 2017 Budget, including what it might mean for you and your health, head to the Australian Government’s Budget 2017-18 website, here.