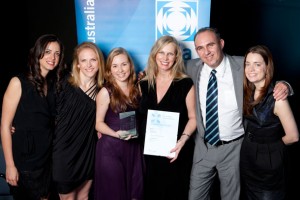 For the past two years we have been Highly Commended in the NSW and National PRIA Awards. So we are delighted to have finally won first place in the NSW Awards, held at Sydney’s National Maritime Museum. We are now automatically entered into the National Awards and will know the outcome of our national entry in late October this year.